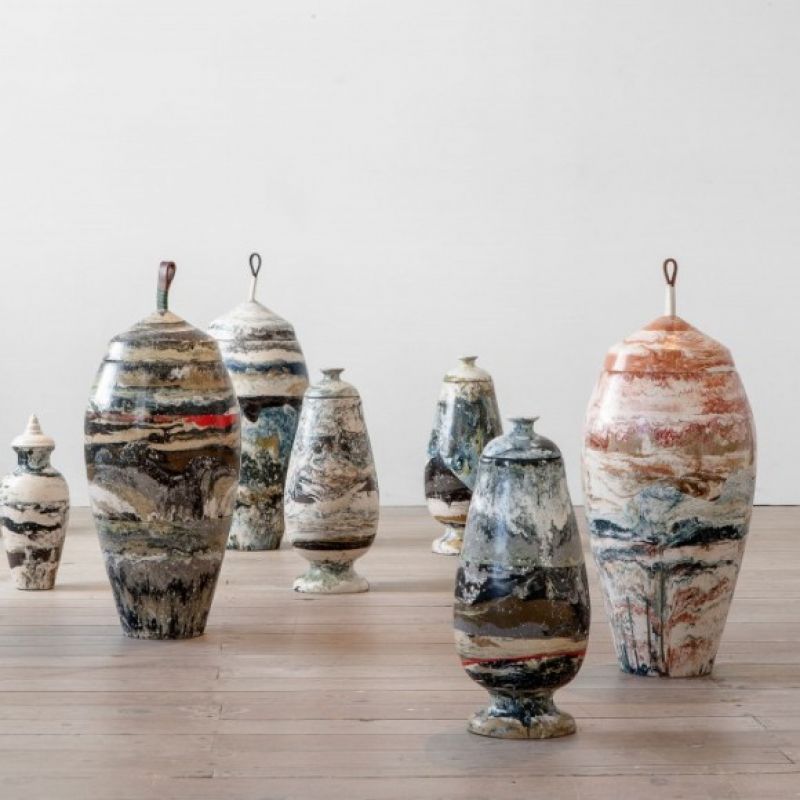 The Sedimentation Series is named after the geological process that occurs when sedimentary rock is being formed. The urns are mould-cast in the composite material Jesmonite and have the weight, cool, shine and denseness of natural stone. Despite the literal reference to nature, the vivid colouration gives a fantastical quality, exposing it’s artificiality.

Please enter your e-mail address in the field below and then click Reset to receive an e-mail with instructions on how to reset your password.

OR BACK TO LOGIN